Call us on the number below:

We would like to offer our sincere support to anyone coping with grief. Enter your email below for our complimentary daily grief messages. Messages run for up to one year and you can stop at any time. Your email will not be used for any other purpose. 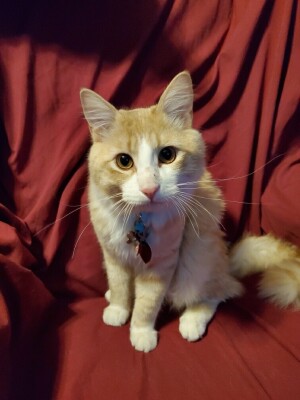 On the morning of August 18, 2022, Karen Jane Wells of Coffeyville, Kansas passed in her home with family present at the age of 81.

While pregnant with Karen, her mother, Dorothy, was in a car accident that left her mother hospitalized for months. The nurses and doctors looked after Karen while she was in the hospital nursery in Winfield, Kansas, until she was about six months old. Later as a child, she fell and broke her nose on the porch rail. Due to a cold, the packing would not stay in and the cute bend at the end of her nose developed.

Karen held several occupations while married to a teacher and coach. She was employed at Hopkins Manufacturing, then as a secretary at Emporia State University while her husband attended classes. She served as a cook at Satanta High School; a meter reader in Olsburg, KS and worked in the Toddler Room at Little People’s Learning Center in Garnett, KS. The family joked that mom probably potty-trained half of Garnett while working at the Learning Center.

Karen’s true passion was animals. It did not matter what size of animal; she loved them all. When hired at Mages Vet Clinic the number of dogs in the family was two. By the time she retired from Cottonwood Animal Hospital she had adopted and rehomed dozens of animals into good homes, including her children’s. From fish, dogs, cats to guinea pigs, she dearly loved them all. She even loved the bull that caused her first shoulder injury.

Memorial Services will be held on Friday, August 26, 2022 at Ford-Wulf-Bruns Chapel, 2405 Woodland Ave., Coffeyville, Kansas 67337 with Pastor Jaime Regis of Dearing Christian Church officiating.  Private Inurnment will take place at Fredonia Cemetery in Fredonia, Kansas.  The family will receive friends on Thursday, August 25, 2022 from 6-8pm at Ford-Wulf-Bruns Chapel.   Karen's family has requested memorial contributions be  made payable to either Coffeyville Friends of Animals Shelter PO Box 1654, Coffeyville KS 67337 or Prairie Paws Animal Shelter, 3173 K-68 Highway, Ottawa KS 66067. Contributions may be left in care of the chapel. To view the live streaming of the service or to leave an online condolence or share a memory visit www.fordwulfbrunschapel.com

To send flowers to the family, please visit our floral store.

A Memorial Tree was planted for Karen